read, look, and fall in love

When Jake reached out to me about surprising his girlfriend Madi with a ring for their three year anniversary, I was so excited to be a part of the planning! Jake + Madi are from Colorado and while visiting family in Northern California, he decided Point Reyes National Seashore would be the perfect place to propose. He told Madi he had booked a photoshoot for their anniversary/her birthday as a gift, so she wouldn’t suspect a thing! We started off the shoot at the Cypress Tree Tunnel and thanks to the foggy weather, we had the whole place to ourselves. Jake and I had planned for him to propose at our second location, a secluded spot off of Chimney Rock trail. We made our way over & I set up a picnic for them to enjoy. At this point, Madi still thought it was just a nice anniversary surprise but had no idea a ring was coming. We took some more photos + it started to get even more foggy + a little bit rainy, so I gave Jake a cue that now had to be the time. I had Madi stand facing the ocean and acted like it was for a pose. Jake got down on one knee behind her and tapped her on the shoulder. Her face when she turned around was absolutely priceless! She was so shocked and instantly teared up. She said yes + they celebrated with champagne + a little picnic on the side of the cliff. If you look closely, you can see the seals hangin out on the beach below us! Point Reyes is such a magical location for a proposal. I’m so thankful to have been a part of this one! 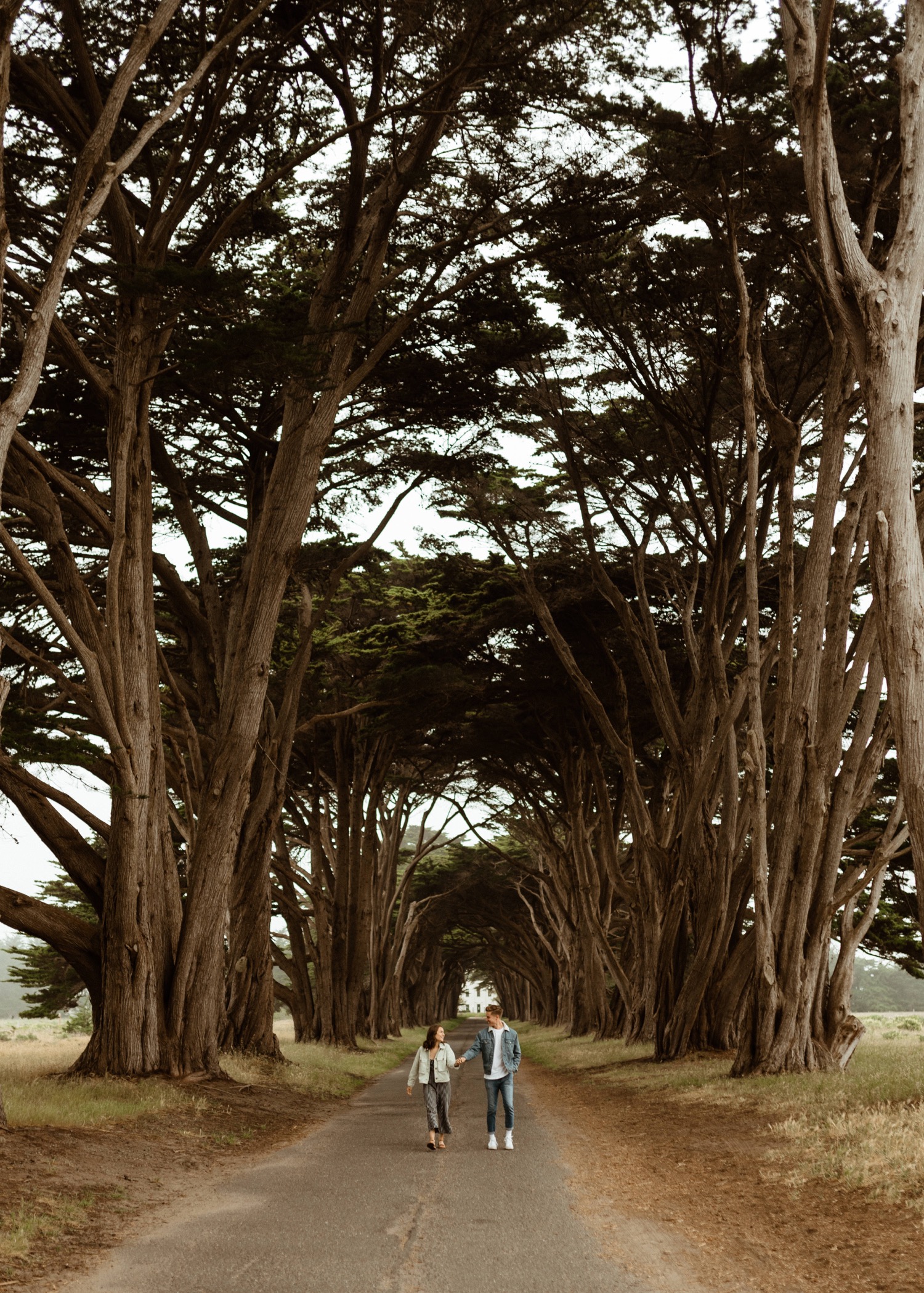